How Halloween is celebrated in Bulgaria?

They say, Halloween or All Hallows’ Eve based on old English traditions (Irish, to be precise). The name itself is derived from the phrase «Evening of All Saints». Probably, this holiday came to Bulgaria because of its close location to the European countries, where Halloween is celebrated particularly active. All Hallows’ Eve is celebrated on the evening of October 31st.

By this time, seasonal pumpkin sales starts in Bulgarian supermarkets. Pumpkins are selling for cooking and as well for creating a scary traditional lantern (that one with the burning candle inside). Point of sales, also appears along the streets, like a farmer market.

Halloween is celebrated mostly by the young people and children, while «babushkas» from the distant villages are completely unaware of this event. By tradition children are begging for sweets, and, surprisingly, collecting some. Perhaps the secret of success is to walk through the houses of neighbors and friends. Generally, Bulgarians aren’t mean and stingy, but most of the people are living «below the poverty line», except for several large cities and luxury villages of foreigners. By the way, «trick or treat» in Bulgaria sounds like «почерпка или пакост» (pocherpka ili pakost).

During October cost of pumpkin is only 1 lev/kg

Meanwhile, in about two weeks, large supermarkets, such as Lidl and Kaufland are starting holiday promotions. Black spiders' pasta, pajamas with monsters, eye candy, spooky chips and festive yogurts, pots for sweets collecting, face painting kits and many other spooky goods are appears in the assortment.

Nevertheless, most of the shopping is done in Jumbo stores. Evil spirits costumes, toys and home decorations are arriving at the shelves about a month before the holiday. Interestingly, that prices for all this stuff are quite low, two times cheaper than in Greek Jumbo. Cost for any item is around 1―10 BGN (0,4―5 GBP). Jumbo stores are located in Sofia, Plovdiv, Burgas and Varna.

Some clubs and cafes in a big cities are holding parties, earning money on the entrance fee. Others are decorating interior and waiting for visitors free of charge. Anyway, all of them are trying to use a festive mood of the citizens in attempt to sell something. In the capital, the center of the devil’s masquerade is, undoubtedly, Vitosha Boulevard.

Just like all over the world, local people are watching horror movies on All Hallows’ Eve. By the way, with translation on Bulgarian language, its no longer sound scary. At the end of October the weather is usually warm and sunny, although it’s already quite chill at night. In the mountain regions mornings are foggy and mystic, yellow leaves are still decorating trees branches.

Some locals comparing the ritual of dressing into evil spirits with an old Bulgarian tradition « Kuker’s game». It took place in winter season all over the country. According to this tradition adult single men are dancing along the streets, in special costumes, made of sheep or cow skins, traditionally decorated with horns and huge bells. Locals believe that scary appearance of Kukers is kicking away bad luck and evil spirits from the houses and whole Bulgarian land. Following this tradition treats are also welcome.

Definitely, there are some locals who are against Halloween celebration. «Bulgarians will celebrate Halloween, only if Americans starts to plait martenitsa» — the most popular saying about this. Adult generation of locals considers this holiday as an imposing foreigner tradition.

Anyway, more and more people every year in Bulgaria are celebrating All Hallows’ Eve, dressing up as demons despite everything. 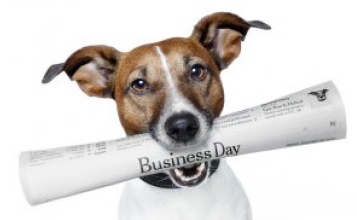 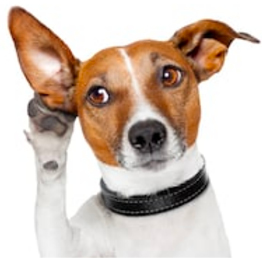